Free and unmissable! Rebellion to Romance exhibition opens this week 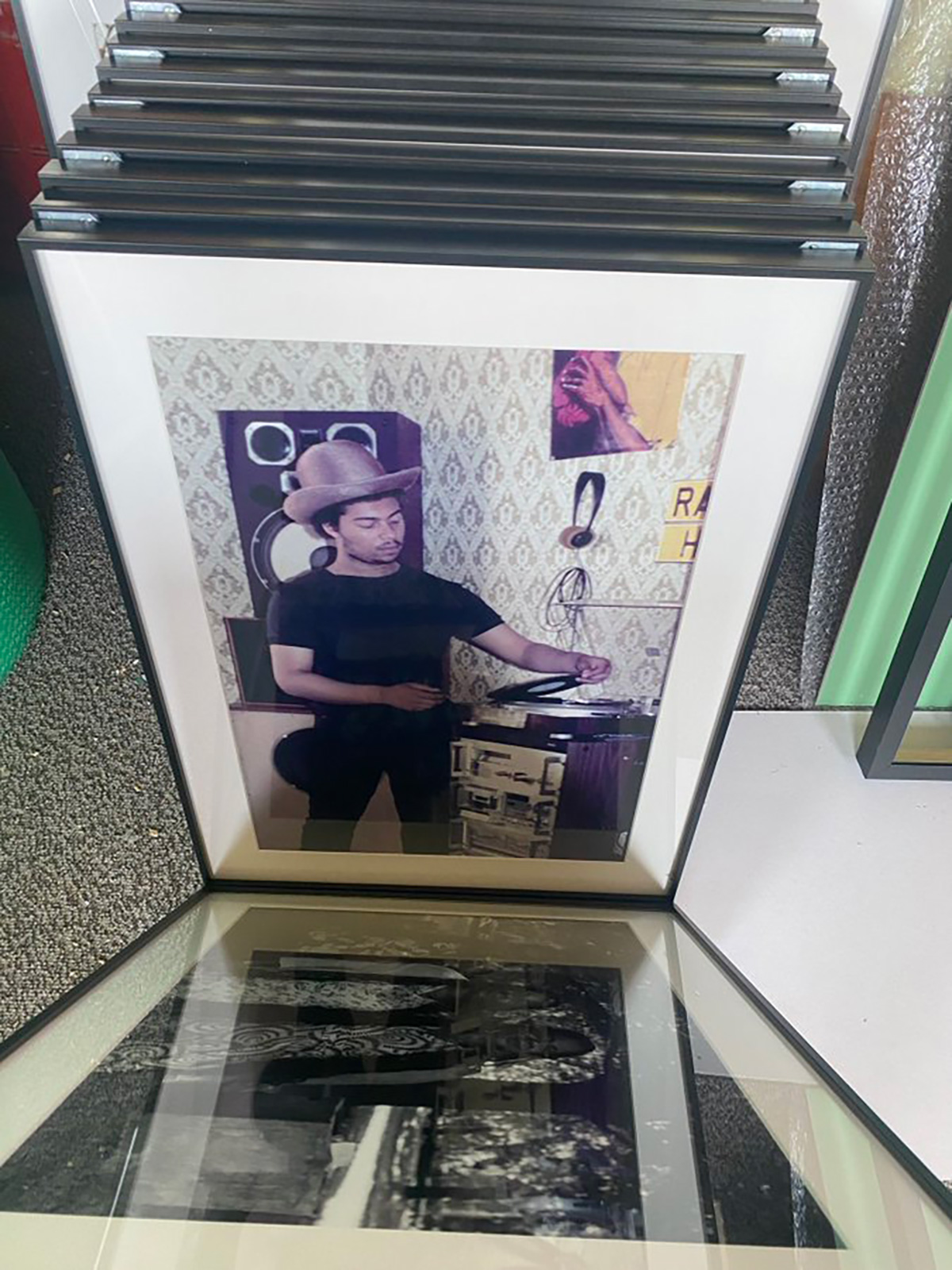 Sneak behind the scenes peek from the exhibition's installation

The Jamaica Society is proud to announce that its much-anticipated Rebellion to Romance exhibition opens on Thursday, July 28.

Rebellion to Romance explores the lives of the Leeds’ second-generation West Indians, telling a powerful story of young Black people hugely influenced by Jamaican culture, music and style, immersed in their parents’ Caribbean roots while shaping an identity of their own.

The exhibition at Leeds Central Library is part of the society’s Out of Many Festival,celebrating the impact on Jamaica on Leeds.

“Rebellion to Romance follows on from the society’s 2019 Eulogy Project on first-generation Jamaicans in Leeds.

“Vanley’s portraits capture a generation that can firmly say: ‘We are Black, we are British, we are West Indian and we are Leeds.’”

Vanley came to England from Jamaica when he was 14. He became interested in photography when he was a child and decided to capture people’s pictures after being fascinated by the stories he heard from Jamaican customers visiting his parent’s shop in Birmingham.

“I think everyone’s stories need to be told but what has happened in the past is that our stories were never told by us, it has always been narrated or curated by someone else,” said Vanley.

“While all of us have stories not all of us are story tellers and I decided I would start by documenting our unique position in history. I felt that what I couldn’t take I would collect

“I decided to dedicate my life photographing, preserving, archiving and making available the material for the use of every one of us about our experience here in England.”

“The Out of Many Festival, of which Rebellion to Romance is part, has been a good three years in the making for whilst we were delivering the Eulogy project in 2019 which focused on the lives of first-generation Jamaicans we started planning for this year and this moment,” adds Susan.

“This isn’t just a festival for the people, it’s by the people.”

Sandra Whyles’ photo is featured in the exhibition showing her with her young family, as well as a contemporary photograph taken by Vanley.

“In our formative years growing up in Leeds we heard stories about Jamaican life told by my mom, my grandmother and my mom’s friends – Jamaican tradition and language was part of our culture,” she said.

“Jamaica is a small island but it has had a big impact around the world – obviously everyone has heard of Bob Marley and reggae but there is so much more including art, food, culture, athletics, and its impact has to be acknowledged and narrated, lest it be forgotten.

“This is a unique time and the exhibition is an acknowledgment that we are here, of our history and of what we have contributed to the country.

“Living here has not always been easy, it has been a struggle and some people did not make it, but we are here still and this exhibition shows to our children, our grandchildren and the country that we have contributed in ways that are immeasurable.”

The Out of Many Festival runs until February 2023, details of its other events here.