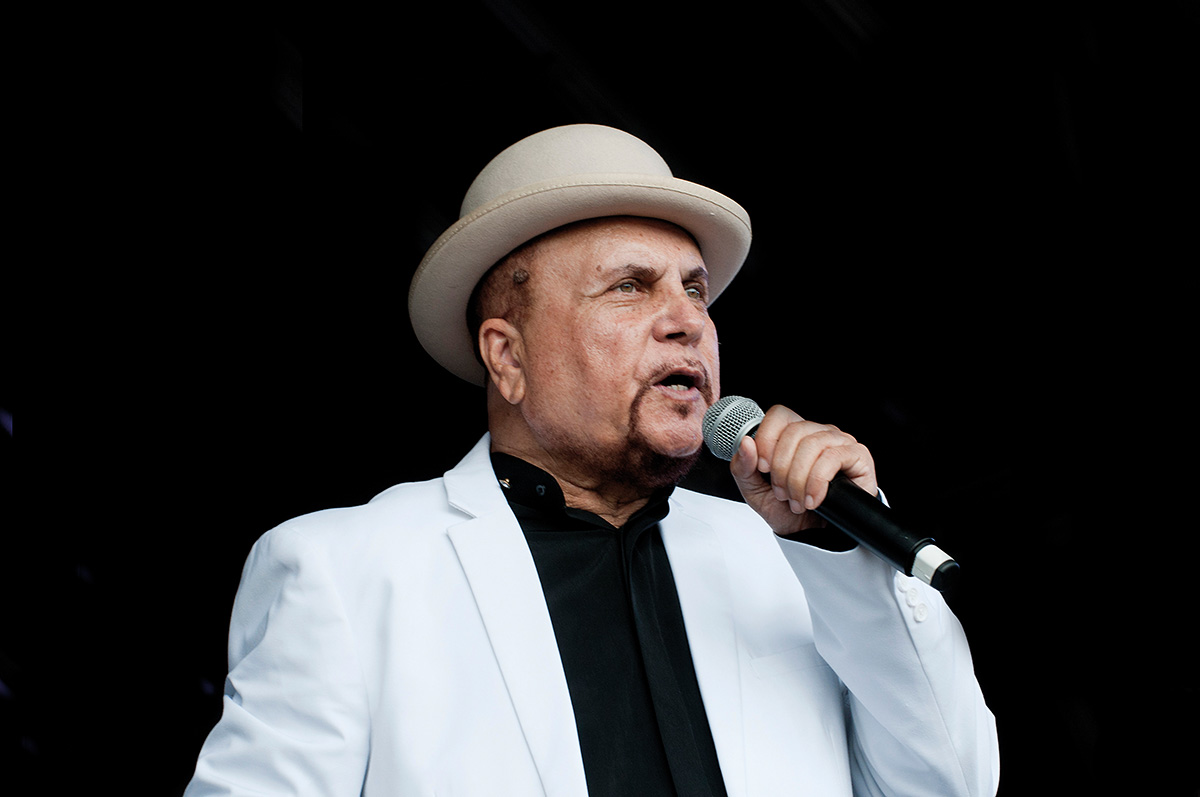 A very special birthday is on the horizon for Jamaica and one of its musical legends Dennis Alcapone.

While Jamaica is celebrating 60 years of independence from Britain on August 6, the pioneering DJ will be celebrating his 75th birthday – and what better place to enjoy the festivities than on stage for Road to Trojan at Leeds Playhouse?

Road to Trojan is part of the Out of Many Festival organised by the Jamaica Society Leeds.

“Jamaican independence means the world to me it calls for a lot of celebration; I say I loan them my birth date to have their independence,” jokes Dennis.

“I haven’t been back to Leeds since 1973 when I first came to work in England and I’m very much looking forward to coming back.”

Joining him on the bill are Freddie McGregor, Jazz Jamaica All Stars’ History of Trojan spectacular featuring Brinsley Forde (Aswad), vocal trio Dem Three, along with the Out of Many Community Choir led by Paulette Morris and choreographed by Donald Edwards.

There’ll also be a National Dance Theatre of Jamaica digital performance for the ultimate Jamaica 60 celebration.

“I love to work with my colleagues regardless of who they are as long as they are in the music industry it’s always a pleasure for me,” said Dennis.

“Ever since I heard my first music I fell in love with it.

“I went to Kingston at a very young age from Clarendon, I was about one year old. I was living with my sister and went to school there.

“I went to the same school as Bob Andy, Russell Primary School and a few other artists came out of there too.

“I was an unruly kid growing up when they send me to school I would go and fly kite, or go to the river or go to the sea or wherever, so they decide to send me back to country.

“We had a radio up there and the only station that music come over was JBC and RJR; there was a programme name Teenage Dance Party whenever that programme is coming on the whole district would come and listen to that radio because it was the only one.

“Everybody was listening to the music and dancing and music just captivate me.”

Moving back to live in Kingston led to the creation of the El Paso sound system and Dennis’s new name Alcapone after watching a gangster film.

“The talent is an inborn thing you know so it only takes something to ignite it you understand?” said Dennis.

“I can share a likkle story with you. When I was in Kingston I remember one day I was sitting on a wall, me and my friend, and we were reasoning.

“We were hungry at the time as well, we didn’t have nothing to eat and we were thinking to ourselves how are we going to get some money to buy some food?

“I said to him, Barry you know something, between me and you we have some talent but where it is? I don’t know where it is. You know where your talent is? And he said no. We seriously had that conversation but as we grow up into teenagers we started to love the sound system ting and started to build a sound called El Paso and I was the DJ.

“We just go from that and we become the biggest sound in Kingston 13.

“We control the whole area you know, we had people like Sugar Minott, Tony Tuff, Dillinger, Trinity all of those young guys growing up and listening to our sound system.

“So we inspire a whole generation of musicians.”

For him, there is nothing better than musicians coming together, vibing off each other and letting the creative juices flow.

“Jamaican music hasn’t got the recognition it deserves – definitely,” he said.

“We must maintain our heritage – we should go back to the music which is reggae music – no one can take that from us.

“Imagine one man is playing a riddim, before you used to have six, seven, eight men in the studio making a riddim but now it’s one man with a keyboard and you have people not getting work anymore.”

Despite the surname, Dennis Alcapone, is all about peace and love and that extends to his music too.

He’s not a fan of slack lyrics and behaviour, not a surprise from an artist whose look and inspiration is influenced by greats such as Sam Cooke, Chuck Jackson, Impressions and more.

“No inspiration comes from this kind of music (slack music), it is the dirty side of the music and it becomes a go-go dancing club! There is no pride any more, no love, no compassion.

“When we were turning out music there was love in the air – all that love – where has that gone?

“They don’t have dignity, all of that has gone through the window – talking about WAP, WAP cannot inspire.”

*You can feel the love and musical genius when Dennis takes to the stage at Leeds Playhouse, Saturday, August 6.