The 17-year-old told recruiters he was 18 in order to join the RAF in 1944. One of the first West Indians to settle in Leeds after WW2, he became a draughtsman and prolific activist, helping to set up many of the city’s first organisations to address community relations and the needs of black communities. In 1979 he became the city’s first black recipient of an MBE in recognition of his trailblazing efforts.

(L) Glen with his Jamaican born father Hubert English c. 1927 in Santiago de Cuba. The family moved back to Jamaica when Glen was a toddler. (R ) Glen c.1945 during RAF service. 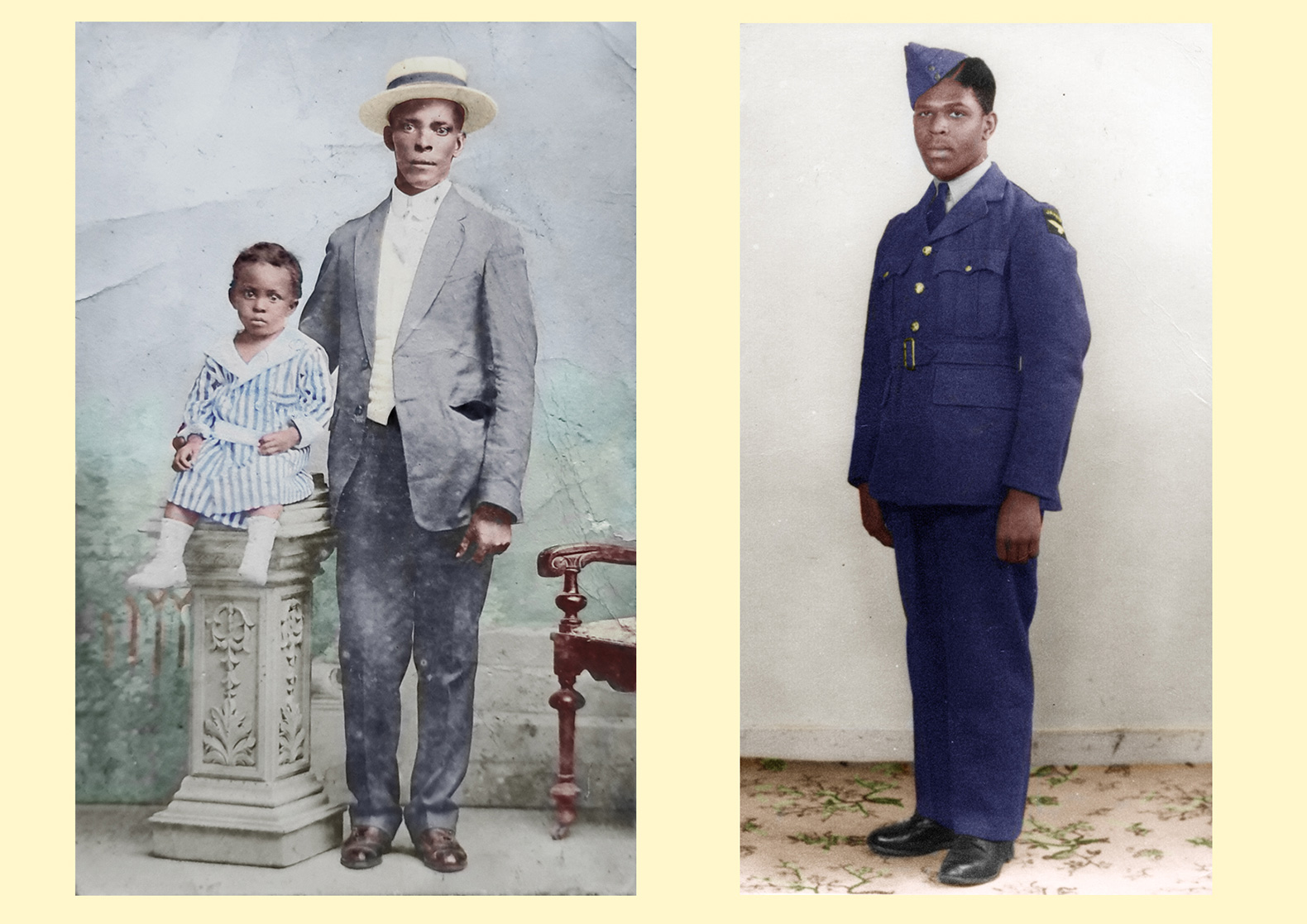 View image in lightbox
< Previous image Back to gallery Next image >