Enid and Kingston-born Hermerde were raised in St Elizabeth, Jamaica. Hermerde left for England in 1960, first to Liversedge, then Leeds, and met Enid, who arrived in 1961, whilst working on the buses. They wed in 1963 and worked hard to support their families in Jamaica and raise four children with love and laughter. Their dream to ‘go home’ ended when Enid died in 1995 at 55. Hermerde spent his final years in St Elizabeth and was laid to rest with Enid in Leeds. 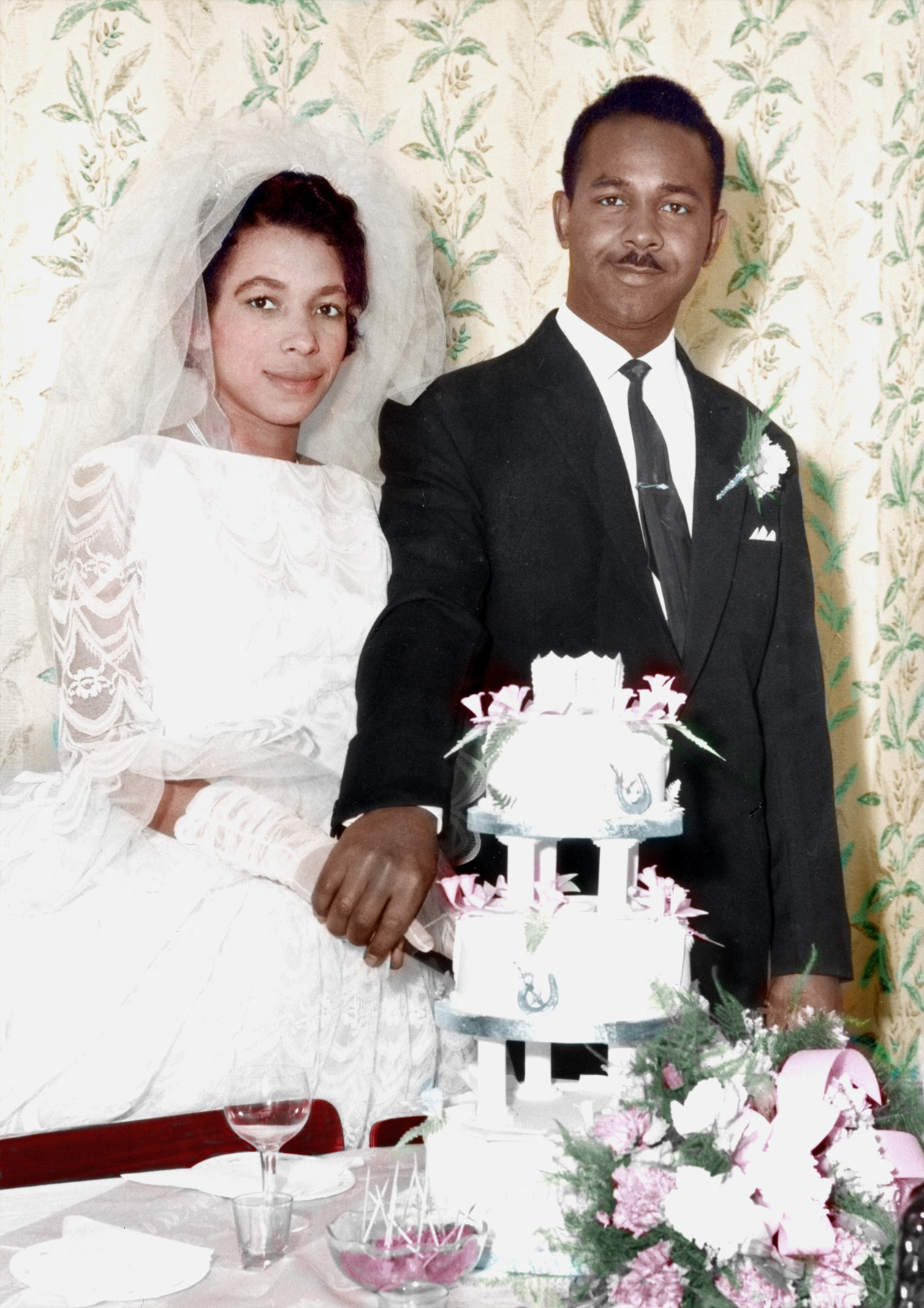